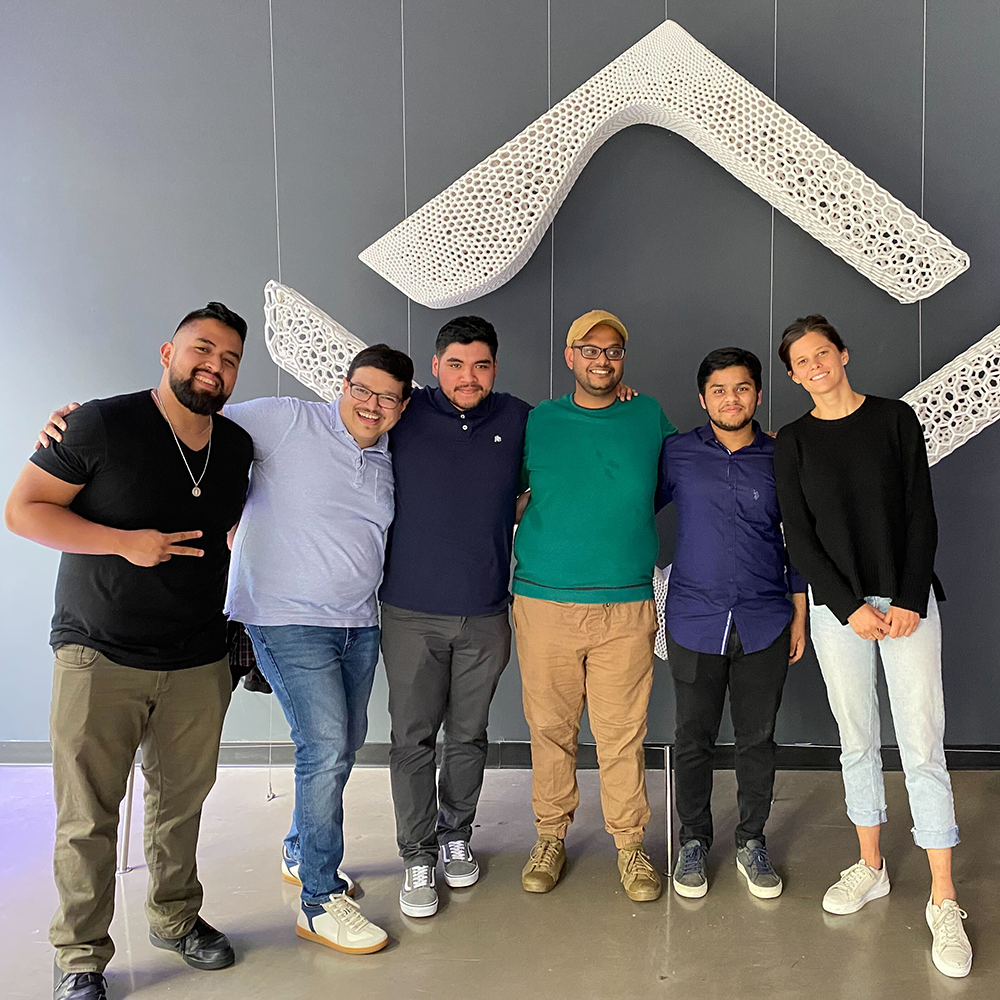 How I Learned to Stop Optimizing and Love the Startup Ride

Reflections after a summer as an engineering intern at super{set}

By Payas Hasteer, Student at University of Toronto

Do you ever feel like you treat every little life decision - like what internship to pursue - as an optimization problem? Or is that just us undergrads studying computer science?

I’m in school right now, and everyone is hyper-focused on what comes after, starting with the best internship, often at some Big Tech Company. Unlike most people I know, I’m a bit blurry. Shouldn’t we take more risks? Shouldn’t we struggle to figure out what’s best? The answer to everything can’t be as simple as asking Google. The answer to what’s next can’t always be to work at Google.

I decided to approach things differently. I started with first principles: what outcome was I after? What did I aim to achieve by the end of the summer? After some navel-gazing, I decided: EXPERIENCE.

The split-in-the-road for every CS student contemplating an internship is “Big Tech or startup?” I applied to both, enduring stressful rapid-fire rounds of technical interviews with anonymous managers at big firms and a few more pleasant conversations hinting at a different type of professional and intellectual culture at startups. Ultimately, my decision to prioritize experience boiled down to: would I learn more from the companies slamming me with puzzles alone or the companies looking to solve real-world problems with grit and persistence? So I took the startup pill.

When I first found super{set}, I was puzzled. A startup studio? What does that even mean? Where does that fit in the landscape of big versus startup tech? But maybe here’s a local optimization - if I was to go the startup path, what’s better than one startup but ten at once! Amazingly, I landed an offer and quickly accepted it.

When June 1st rolled around, I was excited to hit the keyboard. But before I could do that, my summer mentor asked me to introduce myself to everyone over email. I had my doubts about how to put my best foot forward. The optimal introduction could make or break my summer. So I asked my manager and mentor for the next few months.

“Just talk about what you love to do - anything except working as an engineer,” he said. Huh, OK. That doesn’t seem impressive. Even so, I took his advice and told everyone about my thespian roots as a writer and director of plays since grade school. It was the most non-code thing I could think of.

When I first stepped foot in the office, everyone greeted me without needing to introduce myself. Each colleague from the super{set} team took a quick break from their busy schedule to say hi. That was nice. I felt welcomed, but would this translate to more experience by the end of the summer? Show me the code!

A few days in the office answered this for me. I had regular conversations about super{set}’s plans and goals. The surprising thing was that people wanted my opinion - be it about the project I was working on or simply lunch table conversations regarding the many new companies super{set} is cooking up. I was sitting with people 10, 15, 20, or more years older than me in life and code experience and was having conversations about product development. Not just the “yes-man” conversations I might have had with a Big Tech Staff SWE, but holding my own, engaging with conflicting opinions, and enduring the messy process of finding a viable solution by reasoning and logic.

Everyone came to the whiteboard to brainstorm ideas - not to pass work up the chain to higher-ups and boot-sniff, but to generate more robust solutions without the strictures of hierarchy. The co-founders of super{set} sat right behind me, at the same model desk as mine. Within this hive of activity, I felt genuinely heard at work for the first time - I wasn’t always the one with the right idea or the best input, things were always messy and never defined, but I got to participate. The title from that Jimi Hendrix album popped into my head - “Are You Experienced?”.

My friends studying CS all have the same optimization problem, and while most went to Big Tech, many others chose similar paths at startups and growth-stage companies. So I often asked them how their experience was - what were they doing? The response was typical: “I wrote some code and responded to emails for 3-4 hours, then I was chilling playing table tennis.” super{set} has a ping pong table, sure, and maybe a few people have a good serve. However, whenever I heard this, I recalled a line that the co-founders said on their podcast: “company culture isn’t a ping pong table and free food.”

It felt like the team at super{set} had a different passion for work. It wasn’t about watching the clock. Instead, there was an unsaid enthusiasm for what people at super{set} were doing daily. What else would drive my mentor for the summer to judiciously review code until 11 pm? It wasn’t about the hours put in to chase a promotion to SWE II, it wasn’t about hours put in at all - it seemed to be entirely about a passion for successful outcomes, defined as successfully solving problems. super{set} possesses some kind of mind-altering drug (figuratively, I think, despite being in San Francisco) of zeal and inspiration.

Like my friends, I wrote code and sent some emails, too - if you think about my experience only in the abstract. My work was entirely new to me: automating infrastructure provisioning for the cloud. It sounded like jargon. I was afraid I couldn’t deliver and that everyone would tell me to transfer to film school. But through my mentor, I learned that most of the experience and knowledge you gain is on the job - one shouldn’t necessarily optimize for what you’re doing, but the culture of learning in which you’re doing it.

This summer, I was often stuck trying to code something new and often failed over and over again as I wrote duplicative code that had far simpler solutions. Curiously, my mentor never gave me an answer on a silver plate, and I was never spoon-fed or catered to like an impotent princeling while I waited for the lunch buffet to open up or for my turn at table tennis. Instead, I had to try it on my own. I always had to find the back door, research the problem and implement it independently. There were days this past summer when I felt like I had climbed a mountain’s worth of experience.

My internship also felt rewarding because I was utilized. My mentor trusted me: I wrote code that ended up in production down the line. Companies directly used the code I wrote to automate provisioning. It felt like my code would make a difference and solve an actual problem that gave someone some type of pain somewhere. super{set} is like a doctor: they find pain points and solve them for real people using code. The benefit to me was another forcing function as I had to give my all and write code with exacting detail that was excruciatingly clean. Experience is earned by working relentlessly and giving it 110%.

My summer at super{set} was amazing. I truly feel super{set} is the best place for any intern with the right mindset to gain what they seek and need the most: EXPERIENCE. So thank you, Dr. super{set} - and special thanks to my mentor, Arijit Dey - for teaching me that life isn’t an optimization problem waiting to be solved - it’s about passion, and it takes passion to grow and succeed in the startup world.

Payas accepted a return offer to intern for super{set} again in summer 2023.

Interested in interning or working at super{set}? Visit careers.superset.com for open roles!