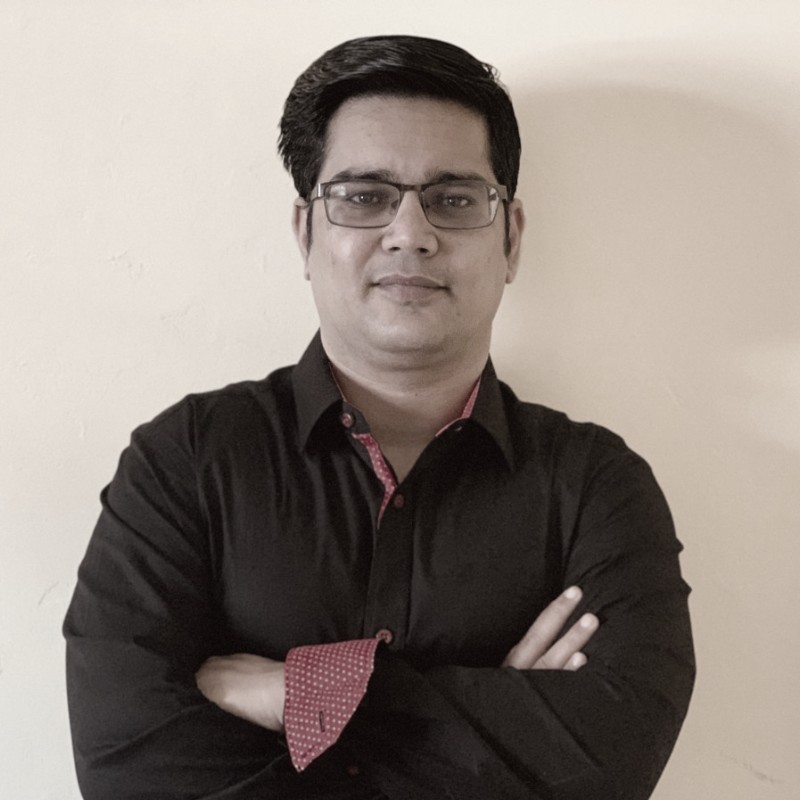 Pankaj Rajan, co-founder at MarkovML, describes his Big Tech and startup experience and his journey to starting a company at super{set}.

I always wanted to be an entrepreneur. Actually, I’ve already been a failed one - a few years ago, I started Fidah, a chatbot company that leveraged AI and humans in the loop to simplify fashion shopping. When that company failed early on in the pandemic, I went back to a role in Big Tech, leading a team working on Conversational AI at Amazon.

Don’t get me wrong - working on challenging ML problems at a hyperscaler like Amazon was rewarding for someone like me. Life was busy but good: I was consistently challenged with intellectually stimulating work under great leadership and alongside smart, engaged colleagues. While I still had the entrepreneurial itch despite my prior experiences, I fully intended to stay at Amazon for at least four years, using the time to plan what was next.

My barrier to entrepreneurship was timing. Companies solve problems, they have a raison d’etre else they wouldn’t exist. In my area of expertise, Machine Learning, there are plenty of problems crying out for solutions, some more obvious than others. Yet with my head down working in Big Tech, it wasn’t obvious which problems were worth jumping into, all gas no breaks. The risk-reward ratio of entrepreneurship versus Big Tech was firmly tilted towards the safe choice of Amazon until I had the spare time to plan my exit. That’s where super{set} came in.

How I Decided to Co-found at super{set}

The question for me had always been not if I would head back into entrepreneurship, but when. super{set} made the path much easier.

I first heard of super{set} from a recruiter who reached out for a potential co-founder opportunity. I didn’t know what to expect - there are plenty of business people roaming Silicon Valley looking for technical co-founders. At the worst, these are fake entrepreneurs with poorly thought-out ideas looking to dump the hard work of building a technology product on someone else.

I immediately saw that super{set} was different. The co-founders were very legitimate. Vivek and Tom had sold multiple companies to the likes of Microsoft and Salesforce. They looked like business people, but they also looked like me - product people with deeply technical backgrounds and expertise in data and AI. When I first met Vivek we pattern-matched immediately - we come from the same place and the same culture. But the alignment wasn’t just skin deep: the story of Tom growing up in an immigrant family, graduating from Harvard, and serving as CEO of multiple companies was inspiring. Tom and Vivek had been tremendously successful, but like me, they were still seeking the next big challenge on intellectual and personal terms.

I wasn’t expecting to jump back into entrepreneurship so soon. My decision to join MarkovML boiled down to:

Regarding #1 - I am so glad I jumped right in. The best time to start a company is yesterday. Learning through building from scratch is completely different from learning at Big Tech. At Amazon, you learn how to channel the resources of a giant into a useful product that can stand out. In a start-up, you learn how to take the team and resources you have to build a useful product that will stand on its own.

Regarding #2 - I don’t mean to toot my own horn too much, but my skill set is in high demand. Big companies like Amazon and dozens of hot AI startups are trying to scoop up anyone and everyone with AI and ML experience. While those jobs have their perks, I knew from my failed experiment in company building that I didn’t want to just be middle management. I wanted to build and craft a company with its own culture and staying power - not roll up through multiple layers of bureaucracy. I wanted to be the true co-founder of an endeavor that will be my legacy.

From my earliest conversations with Vivek and then Tom, I saw that they were in this for the long haul and ready to slog it out in building a company that will stand the test of time. When the offer came in from super{set}, where I would be both empowered and equitized as a co-founder of the company, I knew the incentives were truly aligned to be an owner.

The biggest question I had coming into those first conversations with super{set} was “Do these people know what they are trying to build? Or are they just talking a big game and hoping someone else will execute?” The last thing I wanted to do was work with some trash-talking VCs that have zero operating experience. What validated for me that super{set} is comprised of true company-builders with bone-deep entrepreneurial experience was the solution memo.

First, the solution memo told me that the team at super{set} knew what they were talking about. It was more than an elevator pitch - it explained the specific problem to be solved, why a data-driven solution could solve that problem, and why the time is right to turn that solution into a viable business. super{set} creates a solution memo for all of their companies to build internal conviction.  I too was convinced of the opportunity.

Critically for me, even though the super{set} team wrote a solution memo, I was still joining to co-create the product. The solution memo is an artifact that super{set} creates to build its own conviction that it should go all-in on building a company. But it doesn’t have all the answers. I, of course, had my ideas, and the early days at Markov were spent figuring out what we were going to build and how we would stage and sequence the product. The company has evolved in ways that are distinct from the root solution memo: the solution memo is a jumping-off point and a guardrail. Things change as the product is built and we learned from our first users and customers.

Blueprinting the product with the super{set} team was an exercise in what we call reflective equilibrium - one person says  ‘Apple’ but everyone else just hears the ‘A’ and we have to sort things out in real-time at the whiteboard. At super{set}, I am not a solo founder with all the authority, but I am a key decision maker defining the direction of the product and the company alongside and in partnership with my fellow co-founders.

The Stage Is Set

Over a year into building MarkovML and we now have a team of over 15 people spread across the U.S., India, and Ukraine. MarkovML is the first super{set} company with an engineering office in India - not contractors and consultants but a full-fledged, official presence in the country of my birth. It’s amazing to see my efforts in strategizing the build-out translate into actual boots-on-the-ground engineers.I am also extremely proud of my co-founders Vivek, Tom, and Lindsey (check out Lindsey’s article on being a mom and an entrepreneur!).

I joined super{set}because I trusted and believed in the people. Ideas change, products change, startups change - ask yourself, can you be side-by-side with these people for many years? The time horizon you must envision is long - n=infinity. Start with the people, then the product, then the customers - but if the people aren’t right then you can’t truly commit for the long haul.

Somewhere out there in the multiverse, there’s a version of me still toiling at Amazon. Maybe I’d still end up as an entrepreneur and I’d be thinking about starting an MLOps company with one of my colleagues. I certainly wouldn’t be as far along as I am now. Entrepreneurship is a long ride to arrive at exceptional results, and super{set} has strapped some rocket boosters to our take-off.

My advice to prospective entrepreneurs? If you want to be a founder the best time to leap was yesterday, the next best time is today. Companies are hard and you need the right partners, investors, and support. If you’ve got it good, go for it, if not, give super{set}a serious thought.